The Evolution of this Project
The impetus for the project begin with 2015 ArtsGreensboro’s SmART initiative, which identified the unfortunate loss of “place” at Hamburger Square. Arts Greensboro and other community partners funded a Better Blocks demonstration project as well as a landscape concept plan. The City of Greensboro then developed an engineering plan for the addition of bike lanes and narrower streets.

Why Hamburger Square? Central to our City’s History
The confluence of the North Carolina Railroad and the Atlantic and Yadkin made Greensboro a significant freight and passenger hub in the 1890s. At that time, 50 passenger trains a day came through downtown Greensboro, making it the central connecting point for travelers in the Southeast. The nickname “the Gate City” is derived from this activity.

A Problem-Solver - Renovation of this under-utilized area will: 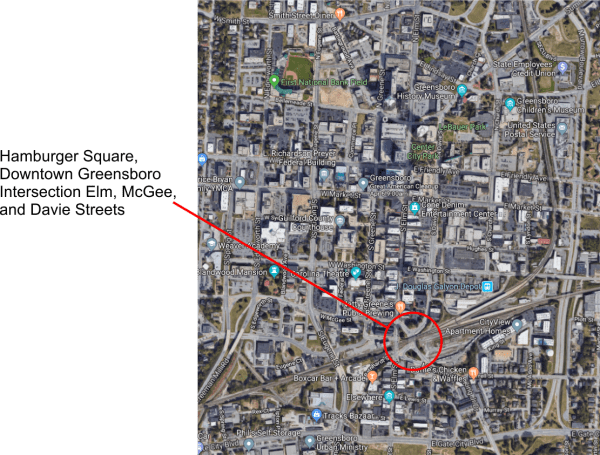 Why is it called Hamburger Square?
The intersection of Davie, Elm, and McGee streets hosted hundreds of thousands of travelers in the 20th century, especially when Greensboro was home to the Overseas Replacement Depot during Work War II. As a result, several hotels sprang up, as well as dozens of eateries. At one time, this intersection  held four sandwich shops: Jim’s Lunch, California Sandwich Shop, Little Ester’s Sandwich Shop, and New York Café. 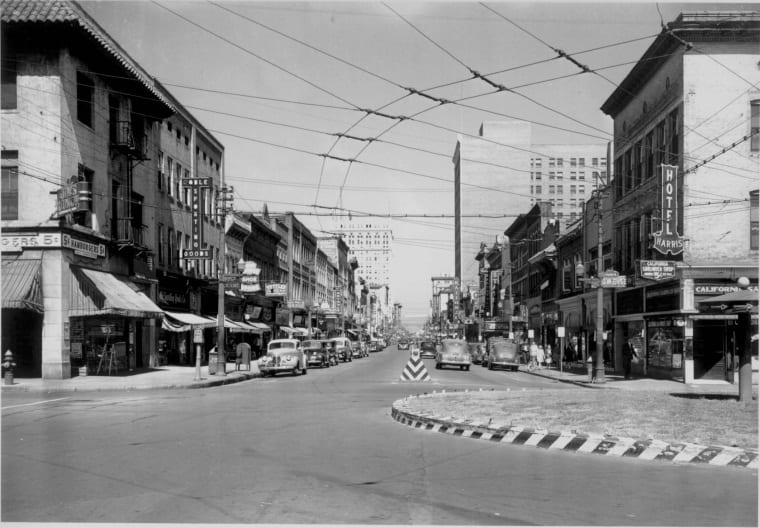 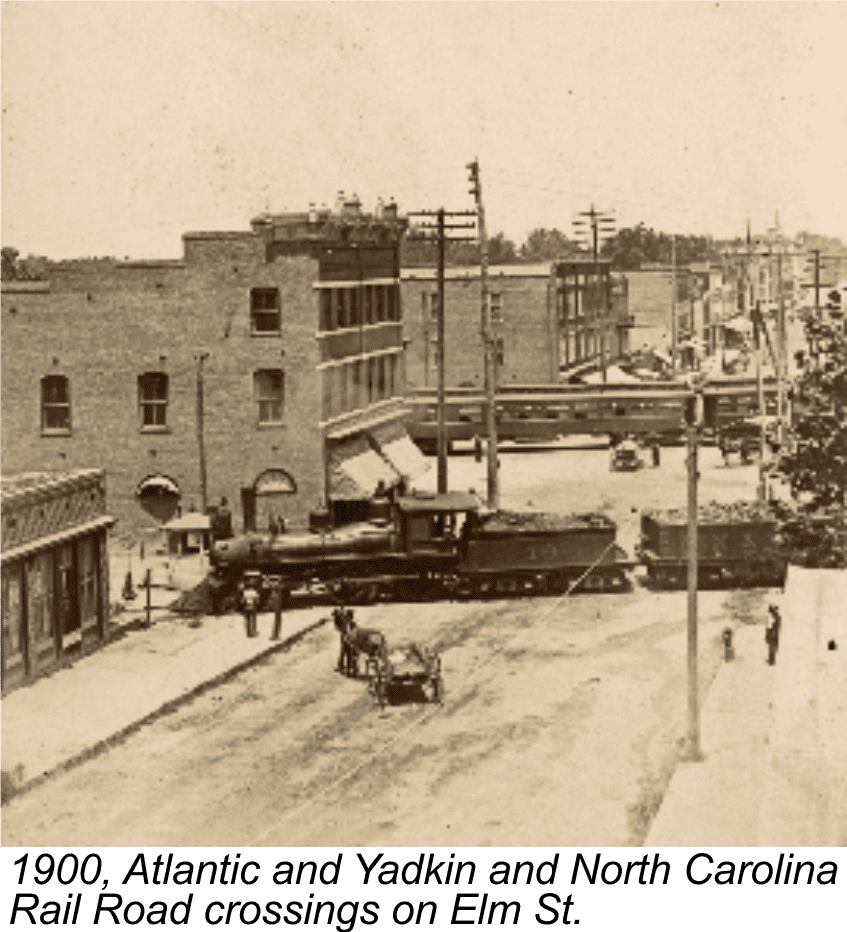 Community Feedback (Nov 2017)
Train viewing area. Many residents expressed a desire for a designated viewing area, especially for parents and children. In conversations with North Carolina Railroad, a viewing area is most safely placed in the landscaped island south of the trestle, because roads would separate people from the danger of the moving trains. Another ideal viewing area could be an improved rooftop of adjacent building.

Pedestrian Safety. Improved lighting and crosswalks were desired, especially those improvements that would entice pedestrians to traverse safely under the railroad trestle, rather than at-grade.

Noise reduction. Several residents mentioned the need to mitigate the sound of train horns to facilitate additional development of the area. 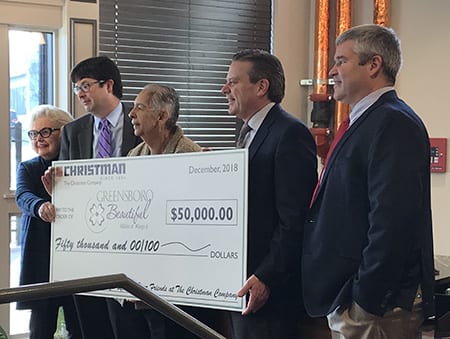 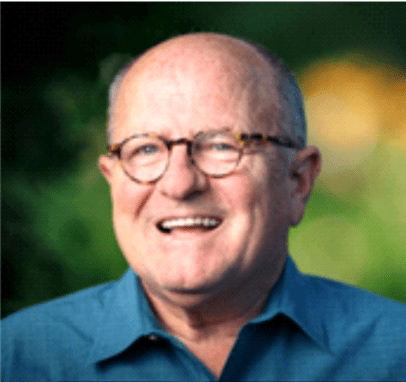 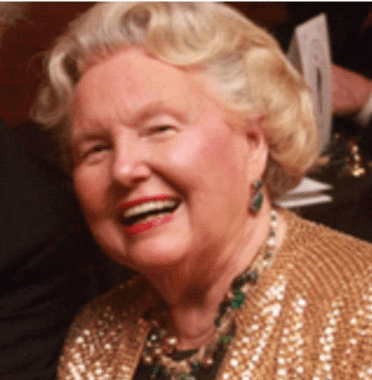 Greensboro Beautiful, Inc.
Greensboro Beautiful, Inc. is one of the city’s most outstanding public private partnerships. Since 1968, the volunteer-driven organization has worked in cooperation with the City of Greensboro and private donors to establish and maintain four public gardens, host annual free community events, and coordinate tree plantings, litter cleanups, and educational programs.

In 2018, Greensboro Beautiful celebrated its 50th anniversary. Choosing to beautify this central location demonstrates our commitment to all of Greensboro, not just one particular area or neighborhood.

The timing is perfect. The restoration of Hamburger Square coincides with The Cascade Saloon restoration and a burgeoning South End district which includes arts and entrepreneur spaces, retailers and restaurants. Beautification provides the footing for additional private development.

Public-Private Partnership
As they have done for the past fifty years, Greensboro Beautiful and the City of Greensboro will work hand-in-hand on this project. For example, the City of Greensboro Field Operations Department will use their equipment to excavate and dig holes, the Planning Department provides the expertise of their Urban Forester to select the proper tree varieties, and Water Resources will assist with, well, of course, water. The nonprofit Greensboro Beautiful provides fundraising and community support, supplies and plant material, and hundreds of volunteers. Both entities work together on marketing, promotion, and neighborhood engagement.
The arrangement works in part because all of Greensboro Beautiful projects occur on public property. We plant trees in the public right of way, not on private property. We develop gardens on public land, not private. All special events are free and open to public.